On “This is Us,” Kate’s Weight Is Not the Real Issue 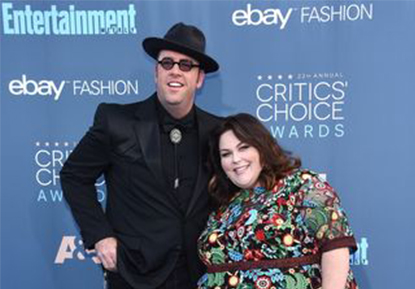 On “This is Us,” Kate’s Weight Is Not the Real Issue

Last night, “This is Us” had its winter premiere on NBC. Fans have been waiting breathlessly for two months to find out how Kate, the character played by Chrissy Metz, would handle the emotional minefield that was revealed before the hiatus.

When the series first started, Kate and her husband, Toby, met at a weight loss group. While Kate emotionally ate her way through a high-risk pregnancy and raising a special-needs child, Toby began sneaking out to the gym to relieve his stress in a different way. The actor who plays Toby, Chris Sullivan, has always worn a fatsuit to transform into his character, right up until late last fall when he revealed his “new body.”

In any relationship, a partner losing weight can bring up issues—envy, discomfort, worry about whether they’re looking to “upgrade” to a slimmer model. And sure enough, before the hiatus Kate accidentally came across a text on Toby’s phone from a female CrossFit friend called “Lady Kryptonite.”

This is a bit embarrassing, as I’ve never belonged to a fan club before, but I’m a member of a “This Is Us” fan group on Facebook. As a psychotherapist specializing in binge-eating behaviors, I got hooked during Season One while watching Kate walk through experiences that my clients and I have been through. I was excited because, finally, there was a show that featured a leading role of an obese character that went deeper to expose the real struggles associated with growing up in a larger body.

Kate’s weight is a frequent topic of discussion in the fan group and a couple days ago someone posted a Q that set the group on fire:

“When the show debuted, there was rumor that Kate’s character was supposed to lose weight, now Toby has lost the weight and she is still morbidly obese. Did the actor renege on her [rumored ‘weight loss contract’]?”

The conversation got heated. Some members attacked the original poster for being insensitive and downplaying how hard weight loss actually is. Others shared their experiences of trying to lose weight and failing, sharing how complicated it can be, involving biological, psychological and social influences. Others corrected the poster, telling her that Metz has since said it was never in her contract to lose weight.

But here’s what all of those folks raking over Metz’s real-life body and Kate’s TV storyline were missing: The underlying reasons for it all. On the show, Kate has an eating disorder. And Metz has spoken publicly and written about her own childhood abuse and “eating her feelings.” As a fan and eating disorders therapist, I want to talk more not about Kate’s weight or size, but about how she got there. Here’s Kate’s story line from an eating disorder case conceptualization model:

“Food is Love” connection: “Katie Girl” and her dad, Jack, had a bond that was unlike the bond he had with his boys, and unlike the bond she had with her mother. Going for ice cream was a special thing between Kate and her dad, one her mother didn’t support. This connected Kate to her dad’s unconditional love, which connected her to food as a symbol of unconditional love. This is classic emotional eating.article continues after advertisement

“Thin ideal” influences: Her mom, Rebecca, worried about Kate getting fat. It was easy for Rebecca to pass this appearance-focused value down to her daughter because that was how she was raised in a country-club environment. Her mom was trying to protect Kate from the very real judgement and weight bias of our culture. After all, Rebecca’s own mother was very clear with her that to be loved and accepted you had to look a certain way.

Diet and food rules: Rebecca would encourage Kate to not eat “fattening” foods and steer her toward diet plates, while the boys ate normally. Kate learned that not all foods were OK for her; she was different, and it created a food insecurity in her, a “wanting” that psychologically and biologically drove her toward “forbidden” foods.

Body shame: Kate realized that she looked different than the other girls at the pool and was shamed for it (with notes from mean girls featuring pictures of a pig). She also began to compare herself to her mother, which is normal. Kate was wearing clothes with tags of XL and her mother wore Medium. In this case, being larger meant “not as pretty” to Kate.

Body, boys, and love: Kate was sent a message through a trick played on her by the mean girls (at the pool again) that popular boys don’t like fat girls. She was tricked to think a popular boy was going to meet her in secret and kiss her, when instead a not-so-popular boy shows up for her first kiss.article continues after advertisement

Trauma Response. After Kate’s first diet as a teenager, after having lost a significant amount of weight. . . the house fire happened. Kate lost her dad from complications of smoke inhalation. His risking his life to get her, and then going back in to get the family dog at Kate’s request, has some serious survivor-guilt implications. Her dad was her safe attachment in the world. What was Kate going to do in a world without her father? If this wasn’t bad enough, there was a key association that only those looking for it saw: post-weight-loss trauma. Our survival instincts connect events in our mind’s narrative which aren’t necessarily true, but when Kate lost weight, bad things happened. This is when Kate’s eating disorder started: She began binge eating out of control in an “I don’t care,” punishing, numbing and dissociative manner. Rebecca backed off because they were all traumatized and grief-stricken; no one was there for each other, because everyone had their own stuff going on.

Trauma, round two. Fast forward a couple years later, and as Kate and her family were getting their lives back in order, another reinforcing event happens: Kate has lost some weight, she has her first job at a record store and her boss takes an interest in her, sexually. We haven’t gotten to the end of this story line, but everything points to an abusive and traumatic ending to this relationship. And her body and sex are involved—after a weight loss that she is connecting to her being able to get this older boy to pay attention to her. I’ve experienced it and heard similar stories from clients a thousand times. My guess is after this relationship is when Kate has another binge rebound and regains weight, creating more significant body problems for her.

The baby. This was a high-risk pregnancy that the doctors advised her not to have because of her weight. She had the baby anyway, and an early delivery due to complications, but lil’ Jack survives. Kate’s weight increases with the pregnancy. (Duh.) Then postpartum depression and stress around having a baby who is blind creates more stress and eating. article continues after advertisement

Marital problems. Toby has loved Kate without regard to her size, a very safe start to her marriage. Toby had a larger body, too. Then he has a heart attack and begins to worry about his health. While Kate is distracted with a new baby, he goes out and loses weight. . .on the sly. There has been no intimacy for some time. Kate becomes threatened and worries that her husband is pulling away—and then “Lady Kryptonite” arrives on the scene.

During last night’s premiere, the story line got even more heated. Of course, Kate confronts Toby with the text from “Lady K,” and he denies any wrongdoing. Then, in an effort to support him in his newfound CrossFit lifestyle, Kate invites his gym friends to his birthday party—only to find out that he switched gyms a couple of weeks before, to avoid Lady K, because she tried to kiss him.

Hoping Kate and Toby work this one out.

New “Burn It Off” Public Health Campaign Is Bad Medicine